We are an open, accepting community of spiritual seekers from different faith backgrounds. Through Sunday services, classes, small group gatherings, meditation, prayer, and service to others, we help each other recognize and express our divinity.

At the center of Unity thought you’ll find a dedication to love without judgment and an emphasis on personal spiritual practice. Because of this core understanding, there is a place here for everyone, no matter where you are in your spiritual journey. While Unity is sometimes referred to as “practical Christianity,” it is rooted in the wisdom of many traditions applied through a Christian lens. Unity was founded by Charles and Myrtle Fillmore in the 1800s as a movement rather than a religion. As the community has grown, the beliefs surrounding it have continued to develop.

At Unity of the Triangle, we believe:

Unity’s core beliefs are summarized in these Five Principles:

Unity is home to a diverse mix of spiritual seekers, and we offer a diverse array of programs and activities focused on spiritual deepening. In addition to Sunday and special services, we have regular book studies, workshops on topics ranging from the Bible to the Enneagram to metaphysics, and classes on prayer, meditation, and yoga. Wherever you are on your spiritual journey, you’ll find support and inspiration here.

For those who want to put their faith into practice, we offer a wealth of volunteer opportunities and outreach programs, partnering with organizations like Food Bank and Habitat for Humanity. We’ve also developed our own initiatives, like the Sidewalk Listening program, to spread love in the community and combat the loneliness that often divides people.

Unity has long been a haven for creatives. We host art exhibits in our Fellowship Hall Gallery. Our bookstore hosts meet-the-author events and carries books, music, art, and craft items by congregants and visiting authors, artists, and musicians. Our music program is unparalleled. Our monthly open mic night draws performers from across the community. Our annual talent show is raucous fun and always full of surprises.

This is a spirited congregation, and we enjoy getting together for pure fun. We have potlucks at every opportunity. We take full advantage of our new Fellowship Hall with parties and dances that feature live music and sometimes salsa lessons from our own Rev. Ana. We hike the local parks. As Rev. Neusom says, come to Unity to pray and to play!

Joining the church is a way to commit to your own spiritual growth and the growth of our spiritual community. Members help set the direction of the church by voting on the budget and bylaws and through service on the Board and key committees. Members receive monthly “wellness calls” from personal prayer chaplains.

New member classes are held three times a year. Our newly-revamped classes offer videos, presentations, and activities to prepare you for membership. You’ll learn Unity’s core principles, the basics of meditation and affirmative prayer, and the ideas that gave rise to the Unity movement. For a schedule of upcoming membership classes, check our calendar, email Mary Graham, or call her at (919) 832-8324, ext 105.

Our ministers, staff, and board of trustees work closely together to create meaningful and inspiring services and programs and to make Unity of the Triangle a beacon of hope, compassion, and peace in the local community. 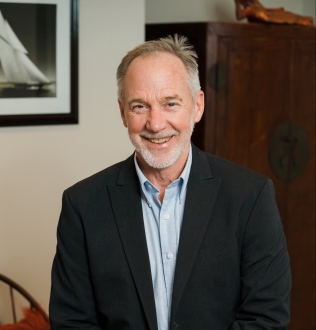 Neusom’s background reflects his lifelong interest in universal divinity. An ordained Unity minister, he also holds a Masters in Divinity from the Presbyterian seminary and has studied Eastern religions and meditation. He came to Unity of the Triangle in 2002, returning to his North Carolina roots after serving as minister at Unity of Corvallis, Oregon. Neusom is a gifted speaker who inspires newcomers as well as seasoned students of Unity. He shares his own spiritual journey with humility and self-effacing humor. He is our wise elder and calm center.

Neusom introduced many of the programs that distinguish our church, including the prayer chaplain program, home study groups, and meditation retreats. He has led us through a long period of growth, from a small sanctuary on Whitaker Mill Road to the Long View Center downtown to, finally, our own spacious new building.

Before becoming a minister, Neusom was a professional river guide, the first to descend twelve rivers on four continents. 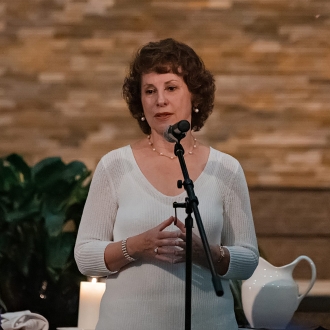 An ordained Interfaith Minister and longtime student of Unity, Rev. Meemie has led our prayer and pastoral care ministry since 2013. She is in charge of the prayer chaplain program as well as our teams of volunteers who provide care and comfort to congregants in need. She conducts a weekly meditation service on Wednesday evenings and a phone-in guided meditation on Thursdays. 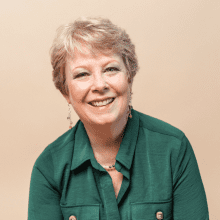 Mary has been part of our Unity community since 2012. A former librarian, she oversees day-to-day operations at Unity, including congregant relations, events, and hospitality. She is also responsible for facility management and management of the office staff. 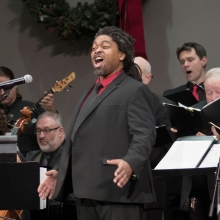 Tim earned his music degree at Oberlin College, where he studied voice and jazz theory. He has been a fixture in the local music scene for more than twenty years. A gifted vocalist, multi-instrumentalist, writer, conductor, and teacher, Tim leads and performs with the Unity adult choir. To learn more about him and our music program, visit our Music page. 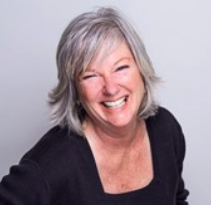 BJ has been working with kids and adults of all ages both locally and globally in many different roles for the last 30 years. Her one “True North Star” mission has been to transform lives by igniting play and creativity that she believes is coded within us all. 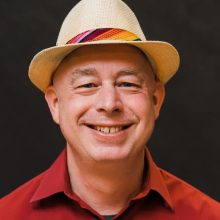 Jay trained as a jazz pianist at East Carolina University and North Carolina Central University. He has performed all over the world and is now a mainstay in the local jazz community. At Unity, he co-conducts, arranges for, accompanies, and mixes sound for the Unity Virtual Choir. For more, visit our Music page. 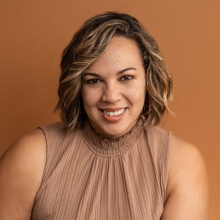 Yesenia is a professional photographer, videographer, and educator with a background in film production and graphic design. A Puerto Rico native, she enjoys triathlons, hiking, exploring the world with her camera, learning new languages, and spending time with her husband and their two dogs. She oversees all church communications, including  video production for Sunday Services and online marketing, social media and printed materials. 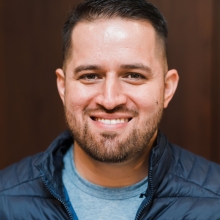 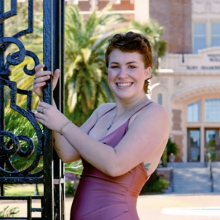 Sophia is a social media and writing specialist from Florida. She is currently a graduate student at North Carolina State University, getting her Masters of Fine Arts in Creative Writing. She is the social media coordinator at Unity of the TriangleIn her free time she enjoys exploring local coffee shops in the area. 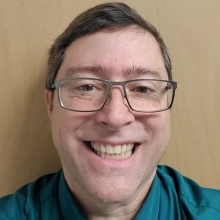 David has served as our accountant since 2005. He earned a B.S. in Economics from Lebanon Valley College, an M.B.A. from Elon University, and a Masters in Divinity from Drew Theological School. During the day, he works for the State of North Carolina as Business Officer for Disability Determination Services. A former minister and missionary, an Eagle Scout and a marathon runner, David enjoys working evenings at Unity—especially Wednesday evenings, when he can hear the choir practicing. 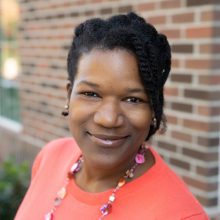 Chanteé was drawn to work for Unity because of its “outside-of-the-box” thinking and the church’s alignment with her own values and morals. She balances her full-time position as a program review manager at UNC Chapel Hill with her part-time bookkeeper position with UCT.  Chanteé received her Bachelor of Administration degree in accounting with a minor in chemistry from Texas State University in 2000.

In her free time, she enjoys visiting the beach, bowling, and hanging out with her husband, Damion, and their three children. Chanteé was born and raised in Houston, Texas, and moved to Youngsville in 2011.

As the governing body of Unity of the Triangle, the Board of Trustees sets the direction, annual budget, and organizational policies for the church. The board includes our Senior Minister and six members chosen by a committee elected by the congregation. Members serve three-year terms. Here are our current Board members: 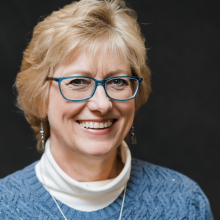 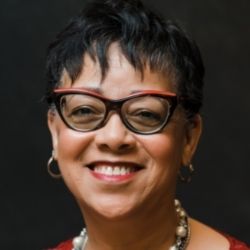 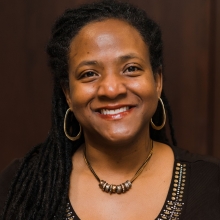 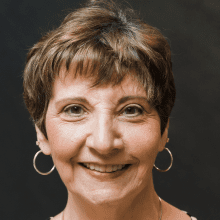 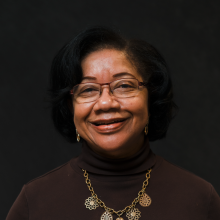 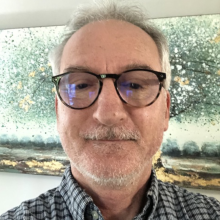 Unity is a positive, practical, inclusive approach to Christianity. Our spiritual teachings focus on love and forgiveness; our practices include affirmative prayer and meditation. We believe that all people have sacred worth and we honor the divine in everyone.

We draw from all faiths and traditions to find universal truths that help us grow spiritually, and we try to apply these truths to our lives in practical ways.

Are all Unity churches alike?

Each Unity church has its own flavor. Unity of the Triangle draws heavily from the Christian, Buddhist, and Hindu texts.

Is there any connection between Unity and Unitarianism?

Only in the sense that both are approaches to spiritual growth and understanding. Otherwise, the churches are not related, despite the similarity in their names. Each is a distinct organization with its own set of beliefs and practices.

Is Unity an offshoot of Christian Science?

No. While Unity, Christian Science, and many other New Thought groups had their beginnings in the late nineteenth century, the groups differ in their core principles, methods of teaching, and organization.

Is Unity a denomination?

Yes. Unity has its own seminary, its own headquarters, and its own beliefs, which honor and draw from the universal truths in all religions.

In Unity we believe that God is the source of all that is—one power, all good, everywhere present. God is divine energy expressed in each of us.

What does Unity teach about sin and salvation, heaven and hell?

We believe that sin is our separation from God—or our mistaken belief that we are separate. Salvation is now, not something that occurs after death. Salvation happens when we turn our thoughts away from fear, anxiety, worry, and doubt, and think instead of love, joy, and peace. As Paul wrote to the Philippians: “Whatever is true, whatever is honorable, whatever is right, whatever is pure, whatever is lovely, whatever is admirable, if anything is praiseworthy, think on these things.” We do not view heaven and hell as geographic locations but as states of consciousness, and we believe we are divinely imbued with the power to shape our consciousness.

How does Unity view Jesus?

In expressing his divine potential, Jesus showed us the way to do likewise. We honor Jesus as a master teacher of universal truths. In Unity, we use the term “Christ” to refer to the divinity present in humankind. Jesus is the great example of the human expression of Christ.

Does Unity believe in the divinity of Jesus Christ?

Yes. Unity teaches that Jesus embodied the spirit of God, and that the same spirit lives in each of us. Every person has the potential to express the perfection of Christ as Jesus did, by being more Christ-like in everyday life.

Does Unity practice baptism and communion?

Yes. Instead of baptism by water, we practice baptism as a mental and spiritual process of opening to the spirit of God. We celebrate communion by breaking bread and drinking juice together to acknowledge the Christ presence in each of us.

What does Unity teach about the nature of mankind?

We are expressions of God, each of us divine and inherently good, and we are here to express our divine potential. We learn to do this through prayer and meditation and by studying the teachings and examples of Jesus and other spiritual masters.

There is only one presence and one power in the universe: God the good, omnipotent.