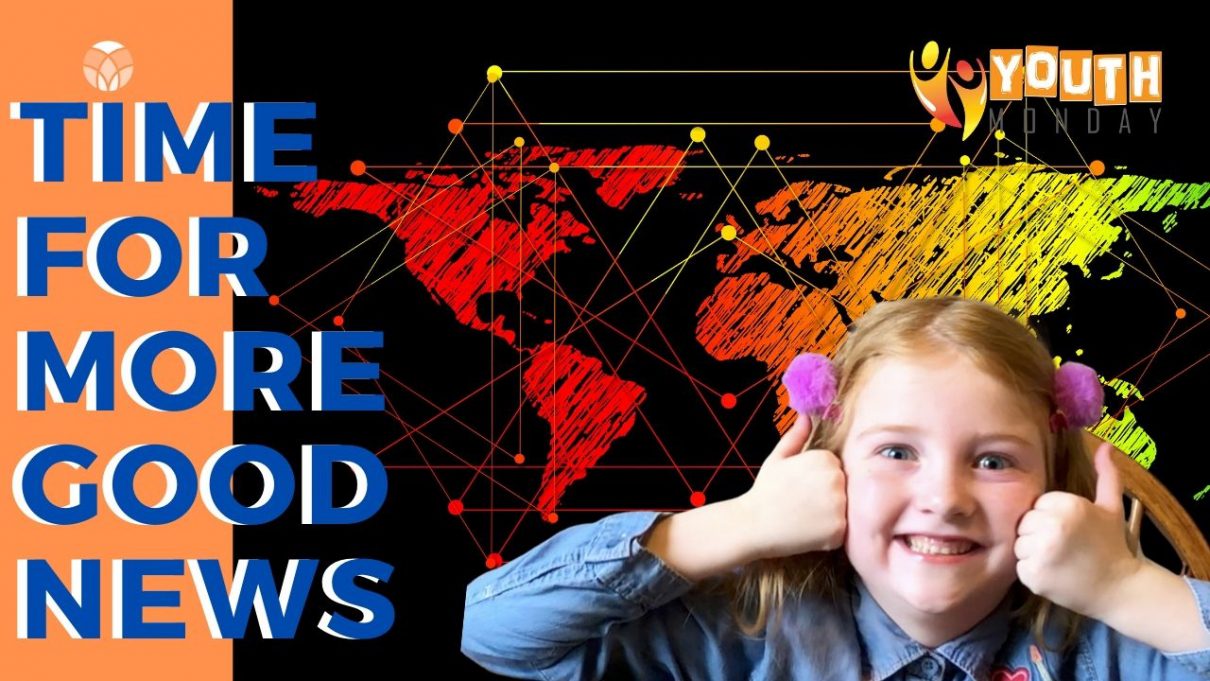 Time for some more good news!

Today we would like to share positive news!  May these serve as a reminder that good things are always happening all around the world. 16-year-old Stefan Perez began marching into downtown Detroit with 15 people. More and more joined him until he became an unwitting leader of a large crowd. Above all else, the Michigan teen vowed to keep everyone in line and get them back home safely.

At the end of the march, after no looting or fights, he urged the protesters to comply with the city’s 8 p.m. curfew so that no one would get hurt. With a megaphone thrust into his hand, he kept the protesters calm, even though he said “they were scared,” and some of them tried to defy his peaceful intentions.

While the reporter was interviewing the young activist, Mayor Mike Duggan called on someone’s phone and the call was broadcast via speakerphone on Facebook Live.

“Son, I was watching the video and I saw your leadership. I have tears in my eyes, said the mayor. “You are everything that’s special about the city of Detroit… We’re going to fight this injustice because of people like you.

The previous evening, the first night of the curfew, things had become tense in the Motor City as police fired tear gas and rubber bullets when protesters refused to disburse. Stefan, whose ancestors are African-American, Mexican, Puerto Rican and Nicaraguan, was more interested in taking a knee in peaceful solidarity when the crowd reached Michigan Avenue on Monday.  WATCH the LIVE interview (and hear the mayor’s call at around 5:00)… https://www.facebook.com/watch/?v=2436955199929932 This teenage entrepreneur is responsible for inventing a simple, yet brilliant way to help curb coronavirus infections. 15-year-old Max Melia designed and developed a wearable wristband which alerts users whenever they are about to touch their face.

He first came up with the brilliant idea two years ago as a means of reducing the spread of the cold and flu. After both of Max’s parents contracted COVID-19 four months ago, however, he threw all his efforts into developing a working prototype.

“Watching this pandemic unfold on the news, it was clear the devastating effect it was having on people’s lives’ across the world,” says Max. “However, it wasn’t until I saw the severity of the virus first-hand, when my parents both contracted COVID-19, did I truly appreciate just what we were dealing with.”

It uses position-sending technology algorithms to distinguish between predicted face touching and other hand motions. A vibration on the device then alerts the user to hand gestures that are dangerously near the face. “Any profits made from early sales via the crowdfunding site will be reinvested into providing free devices to organizations that help people such as NHS staff and nursing homes. When Black Man Was Afraid to Walk in His Upscale Community, 75 Neighbors Walked With Him

The 29-year-old has lived in the 12 South neighborhood of Nashville his whole life after his family moved there 54 years ago. But over the course of his life, Shawn Dromgoole has seen the neighborhood change dramatically. Rising home values priced out many of the black families who lived there. As they moved out to find more affordable housing, new families moved in, most of them white and more financially well-off—leaving Shawn feeling out of place in his hometown.

“Growing up in my neighborhood, I could always feel the eyes, the looks, and the cars slowing down as they passed by me,” Shawn told the Washington Post.

Along with a barrage of news reports of looting, and protests raging over George Floyd’s death, came Facebook posts warning neighbors to watch out for “suspicious black men,” which added a new layer of fear to Shawn’s discomfort. So, three weeks ago, he took to Facebook and the online community bulletin board, NextDoor, to express his fear of walking alone in his own neighborhood.

So he posted a time and place letting everyone know, in case they wanted to join him on his next walk. When he arrived, 75 people were waiting there to join him. “I was so overwhelmed, I still can’t find the words. I never wrote that post thinking people would want to walk with me,” Shawn said. He was especially awed at how the whole thing seemed to transcend racial barriers. “Everyone was in masks, so you just saw a sea of people, and you couldn’t even tell what color skin they had.”

He also envisions honoring the memories of Ahmaud Arbery, Trayvon Martin, and Tamir Rice with walks in their hometowns: Brunswick, Georgia; Miami Gardens, Florida; and Cleveland, Ohio. Eventually, his dream is to walk across the whole country giving hope to all those who are scared to walk alone. Here is the news video: https://www.air.tv/watch?v=VSL7iPSbR3CJn4EtF04xLw The COVID-19 pandemic has been especially hard on elderly people, who have been advised to strictly adhere to stay-at-home orders and social distancing guidelines. For those living in care facilities, this has meant that friends and loved ones cannot even visit them in person. But, a care home in Brazil has come up with a creative solution, allowing seniors to connect with their loved ones while still keeping them safe from infection.

For 28 seniors living in isolation since March 17 at the Três Figueiras home in Rio Grande do Sul in Brazil, Mother’s Day came and went without any visitors—and the loving staff noticed that spirits were at an all-time low.“We noticed that our senior residents were feeling sad,” Rubia Santos, the care home’s administrator told CNN. “We thought they would be much happier if we found a way for them to hug their relatives.”

So they put their heads together and created the ‘hug tunnel.’ It gives people the opportunity to feel the warmth of human contact without risking coming into contact with the coronavirus. To keep it extra safe for the residents, the staff at Três Figueiras makes sure the plastic is disinfected in between visits, which are all scheduled in advance. And visitors also have their temperatures checked and are asked to use hand sanitizer beforehand. The idea came from a viral video showing a woman in the US hugging her mother using a plastic curtain with arm enclosures in the backyard.  https://www.youtube.com/watch?v=P0oV7y6eM9A Some unlikely heroes in Minneapolis have raised $100,000 to support black-owned businesses and neighborhoods—and they’re only 9-years-old. It all started one day when Kamryn Johnson and five of her friends were bored. So, in order to have a little bit of fun, they had the bright idea to sell some bracelets. Rather than just keep the money for themselves, Kamryn’s mom suggested it would be nice to do something positive for others—and the kids agreed. “Kamryn & Friends: Bracelets for Unity and Justice” was born.

The kiddos hoped to make a small impact with their enterprise, but since May 30, these altruistic children have managed to raise almost $100,000. Just in time for Father’s Day in the U.S., Kamryn’s dad is super proud. “She made over $800 the first day,” her dad, former NFL player Ron Johnson, told WCCO News. “She has blisters on her fingers now; she’s been working hard.”

The money raised by Kamryn and her friends will deliver welcome aid to those trying to get back on their feet. Even though the bracelets cost $5, people have paid $20, $50, even $100 to support the cause. In addition to selling bracelets—each woven with different colors—they have collected online donations on a GoFundMe campaign that has tallied $46,000. It just goes to show that, even in times of adversity, we can all make an impact and do our part to create a better world—and children can be the exceptional example. A researcher from New Brunswick has rediscovered a species of harlequin toad presumed extinct, and the details of the discovery offer hope not just for the species, but for the entire atelopus genus, which was nearly wiped out by the amphibian epidemic.

However,  Canadian herpetologist Melissa Costales’s sighting of the Mindo harlequin toad (atelopus mindorensis) in Ecuador could mean the epidemic of chytrid may be subsiding; evidence supporting an already established and hopeful hypothesis. Watch video here:https://vimeo.com/409208914 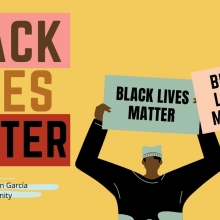 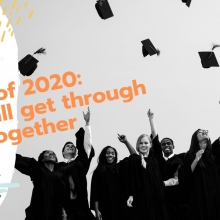 Class of 2020: We will get through this together | Youth Monday 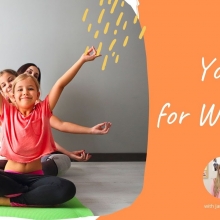 The Magic of Ho’oponopono | Rev. Neusom Holmes
Scroll to top